Get ready for the best 5 Seconds of Summer of your life! Only, its going to last a whole lot longer! 5 Seconds of Summer come to the Concord Pavilion in California on Saturday September 26th 2020!!! The teen heartthrob pop-rock band are putting on their No Shame 2020 Tour, buy your tickets now! You know them, the Teen Choice Award winners of 2018, MTVE’s Best Rock Group Winners of 2018, Song of the year for Youngblood… So, what are you still reading for? Buy your tickets already, you know you love them! 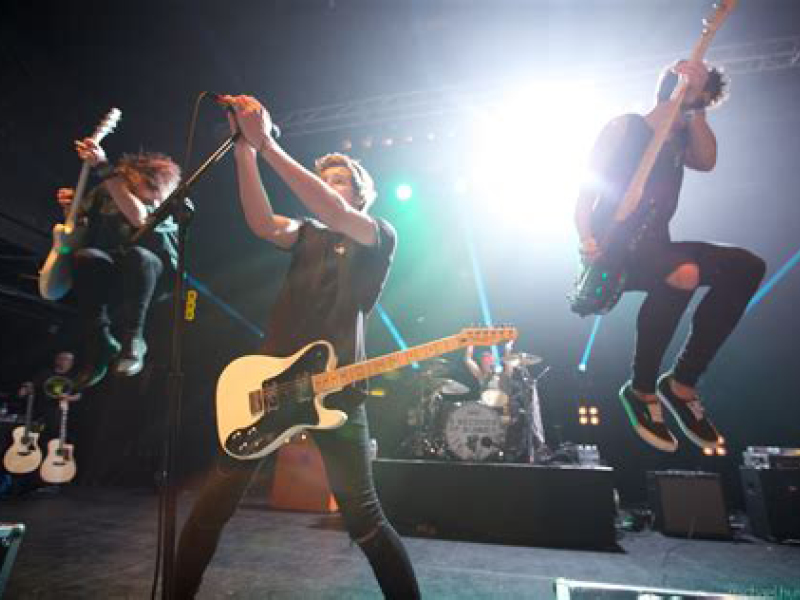 5 Seconds of Summer (5SOS (pronounced 5 sauce (not 5 es oh es))) are an Australian band (not in the same category as boyband because they're all talented as far as instruments) that consists of lead vocalist and rhythm guitarist Luke "Hair Game Strong" Hemmings, lead guitarist Michael "Level 9000" Clifford, bassist Calum "The Funk" Hood, and drummer Ashton "Beatz Master" Irwin. They have three albums out, 5 Seconds of Summer (2014) which promptly hit number one on the charts of more than a dozen countries around the globe. Sounds Good Feels Good (2015) found the group collaborating on songs with Good Charlotte's Benji and Joel Madden, All-Time Low's Alex Gaskarth, the Monsters & the Strangerz, and others. Included were the songs "Permanent Vacation," which they had introduced while on tour, the lead single "She's Kinda Hot," and "Jet Black Heart." Upon its release, the album went to number one in the U.S., U.K., and Australia on the same day. Youngblood (2018) committing to a more sophisticated dance-pop sound that they'd hinted at on Sounds Good Feels Good. Bolstered by the hit singles "Want You Back" and "Youngblood," the album became the group's third consecutive full-length studio effort to hit number one on the Billboard 200.