**We regret to announce that Avenged Sevenfold's End of the World Tour is cancelled, due to illness. There will be no show on August 24th. Refunds will be made available at point of purchase. We apologize for any inconvenience** 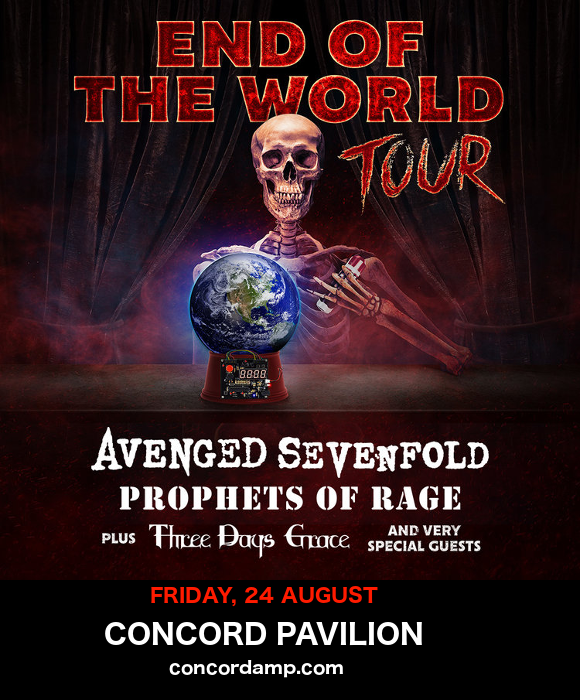 Avenged Sevenfold are on tour in promotion of their latest album, the Grammy-award nominated “The Stage”. The video for the title track deals with several of the album’s key concepts. “What we really wanted to get across was.. the idea that humans continue to do bad things to each other when we don't understand each other, when we don't see from another person's perspective, and it's really just a video to make people realize that,” mused frontman M. Shadows. “…these are all the same sorts of things that keep us in this never ending cycle of violence, and at the end of the day, we need to be smarter than that.”

See the video for “The Stage,” below – but don’t leave it too late to get tickets! They’re expected to sell out FAST!