Get ready for the classic rock show of the century! Two massive groups from the 70s, Foreigner and Whitesnake, are teaming up for the Juke Box Heroes tour in 2018! These veterans of rock and roll will grace the Concord Pavilion on Friday 3rd August 2018, with special support from Jason Bonham! Fans of either band can’t afford to miss this unbelievable concert – click the Buy Tickets button above to get yours now! 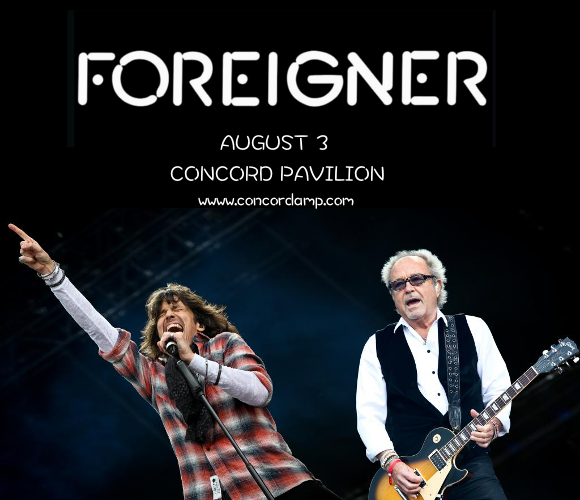 With their smash hit single “I Want To Know What Love Is,” Foreigner topped charts around the world in 1984 and became one of the biggest names in rock on the planet. They’ve been continuing to make incredible music ever since. As for Whitesnake, they started off with more of a blues-rock sound, which altered to a more commercial rock sound. Their self-titled album in 1987 spawned a number one and number two hit in the US, and swiftly saw the band nominated for a Brit Award!

Both bands are hugely excited to be touring together this year. “I’m excited to join forces with my fellow U.K. countrymen, David Coverdale and Jason Bonham, for what’s sure to be a rockin’ summer tour in the States,” Mick Jones proudly stated. As for Whitesnake, the sentiment is mutual, as frontman David Coverdale said, “We are truly excited and looking forward to playing in 2018 with our friends, Foreigner and Jason Bonham, on their North American tour.”

Watch the Christmas-themed video for the upcoming tour below – but don’t wait too long, because those tickets won’t!