Our favorite Emmy award-winning dapper comedian, John Mulaney, is back! The writer-comedian's infectious humor will invade Concord Pavilion this Saturday, September 17, and we are more than excited. As part of his "From Scratch" tour, Mulaney is expected to deliver his blunt yet contagious comedic acts that will make every audience member's stomach ache in hilarious laughter. Watch out for a comedy act you've never seen before from the former SNL writer turned beloved standup comedian. Let his sleek, smart, and suave persona entice you into listening to his relatable and hilarious stories. Catch him live this September 17 with your friends and witness this well-dressed American comedian bring comedy gold to Californian grounds. Secure your tickets now by clicking the "Get Tickets" button. 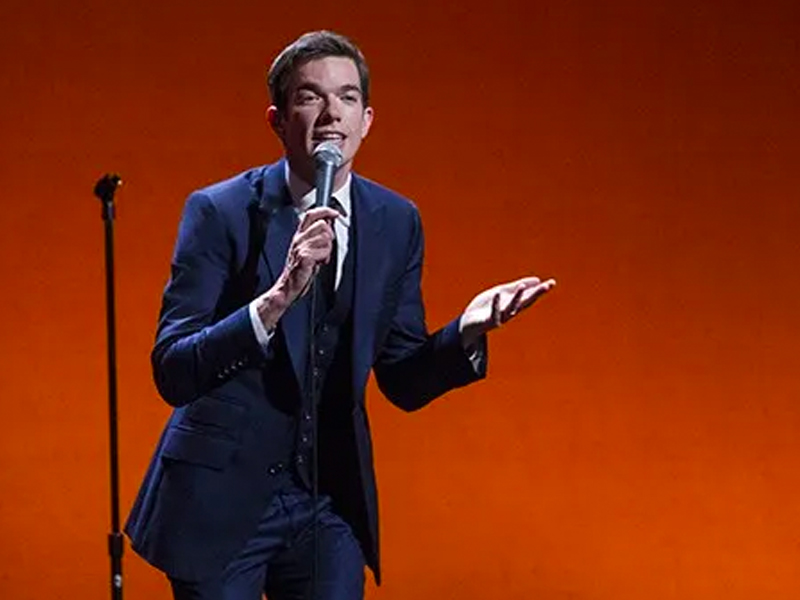 John Mulaney started working in Comedy Central after graduating in 2004, yet he began as an office assistant, not a comedian. But it only took him a year to contribute to the channel when he pitched a parody of an '80s nostalgia show, "I Love the 80s". In 2008, an audition for Saturday Night Live led him to become a writer for the show for four seasons. For four consecutive years, from 2009 to 2012, he was part of the team nominated for the Primetime Emmy Award for "Outstanding Writing for a Variety Series." This gave him the opportunity to write for different shows after working in SNL. Apart from writing, he dabbled in standup comedy, getting positive reviews for his "traditional comedic style." He also hosted SNL four times, making him the fourth writer to host SNL. As one of today's most famous comedians, he has appeared in film, television, theatre, and video game.

After a year of a break in 2020, Mulaney is back on the road for his "From Scratch Tour." His "From Scratch" show takes inspiration from his controversial life, which includes not shying away from tackling his issues with addiction. Leila Jordan of Paste Magazine calls this a reinvention of the comedian. "Mulaney admits that his high-energy performances are behind him. The comedian is older and trying to stay sober, so he is creating a new type of persona that adapts to his new reality," she adds.

The tour started on June 24 and will continue until February next year. Suppose you are one of those who have been waiting for Mulaney's comeback and or want to see how different this show is from his past ones. In that case, he is going to multiple North American and Australian cities. Particularly, you can catch him in the Concord Pavilion in Concord, California, on Saturday, September 17. Grab your tickets now!