He may be little, but he's the biggest comedian out there! Kevin Hart comes to Concord Pavilion on Sunday 31st July 2016 to tickle your funny bones on his world-famous What Now Tour! The box office superstar and hilarious stand-up with have keep you hooked all night with his riotous and energetic show! 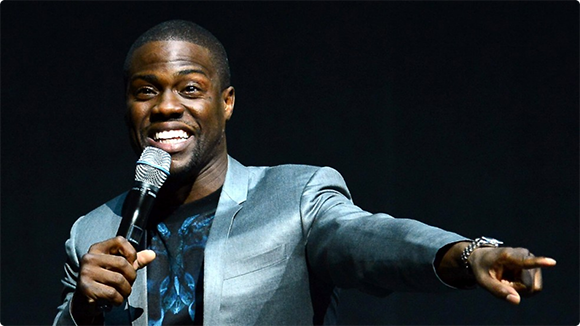 American actor, comedian, writer, and producer Kevin Hart began pursuing a career in stand-up comedy after performing at an amateur night at a club in Philadelphia. Winning several amateur comedy competitions at clubs throughout New England, culminated in Hart's first real break when he was cast by director Judd Apatow for a recurring role on the TV series Undeclared (2000). Despite the series only lasting one season, he soon landed other roles in movies like Paper Soldiers (2002), Scary Movie 3 (2003), Soul Plane (2004), and Little Fockers (2010). Hart's first stand-up album I'm a Grown Little Man, was released in 2008, furthering his popularity. Hart currently stars in the Real Husbands of Hollywood, and recently starred alongside Will Ferrell in the comedy movie Get Hard.