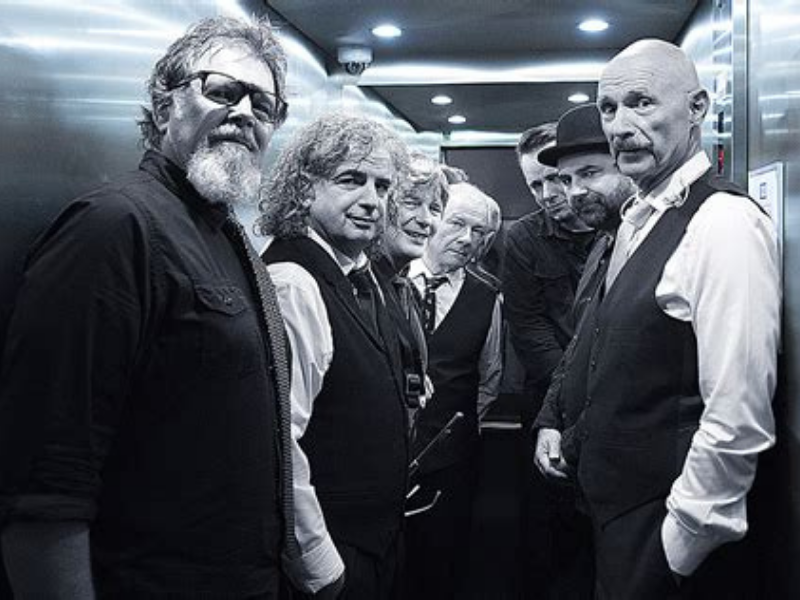 Join King Crimson, The Zappa Band and California Guitar Trio for an unforgettable night on Thursday 5th August 2021 at the Concord Pavilion.

King Crimson, iconic and legendary rock band was formed in 1968 by Robert Fripp, Michael Giles and Greg Lake. Their debut album, In The Court of the Crimson King, was released in 1969 and remains their most commercially successful and influential release. Band members have changed throughout the decades but their desire to perform their music and transcend music itself has been at their heart. With 13 studio albums and 15 live albums it is clear King Crimson are a band to witness in concert. Join Robert Fripp, Mel Collins, Tony Levin, Pat Mastelotto, Gavin Harrison, Jakko Jakszyk and Jeremy Stacey as they rock out.

The Zappa Band's touring unit are bandleader Mike Keneally, Ray White, Scott Thunes, Robert Martin, Joe Travers and Jamie Kime. A tribute to the life and works of Frank Zapper, They will be performing Zappa classics as well as new and rare Zappa compositions.

California Guitar Trio, formed by Bert Lams, Hideyo and Paul Richards, have been entertaining listeners and concert goers since 1991. They have released 17 studio albums and their latest album is Elegy.
So, save the date in your diary for a night of epic rocking with King Crimson, The Zappa Band and California Guitar Trio at the Concord Pavilion on Thursday 5th August 2021.