With all the glamour and pizazz of a cabaret show, the virtuoso musicianship of an orchestral performance, the electric atmosphere of a rock concert, and the heavy beats of a nightclub, every Lindsey Stirling show is a mindblowing experience! The multi-talented performer comes to Concord Pavilion on Friday 3rd September 2021 (Rescheduled from Saturday 17th July 2021) in support of her latest album, Artemis, and the concert tour promises to be every bit as spectacular and theatrical as we've come to expect from the dancer and violinist! Expect brand new stage production, lighting, costumes, choreography and more! 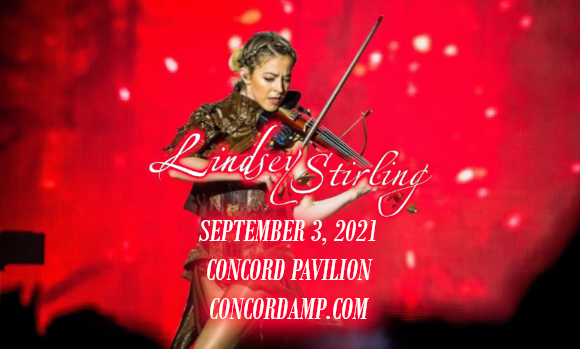 Lindsey Stirling began playing music in a rock band when she was at school, but it was in her early 20s that she had her first taste of notoriety when she landed a place in the quarter-finals of the 10th season of America's Got Talent. After that, she began building upon her fanbase by uploading videos to her YouTube channel, which steadily became more popular, eventually gaining over 12 million subscribers and over 2.5 billion views. The violinist, dancer, singer, and composer began releasing albums in 2012. To date, she has released 5 studio albums, with several of them reaching number on the Billboard Top Dance/Electronic Albums, Independent Albums, and Classical Albums charts, with two of them hitting the top spot on all three simultaneously. Two of her albums have also hit the top five on the Billboard 200. Stirling's latest album, Artemis, had a 2019 release and features collaborations with Elle King and Evanescence's Amy Lee.