If New Kids on the Block had a bunch of hits and N*Sync or The Backstreet Boys had hordes of screaming fans, the boy-band phenomenon can trace one of its biggest roots from NEW EDITION. And if you can name an R&B superstar who has a multitude of hits, chances are, one of its songwriters and album producers is Kenneth ‘BABYFACE’ Edmonds. Two names with exemplary track records together in one stage is definitely something not worth missing. Make sure you secure your spot among the crowd. Don’t miss a beat, get your tickets now! 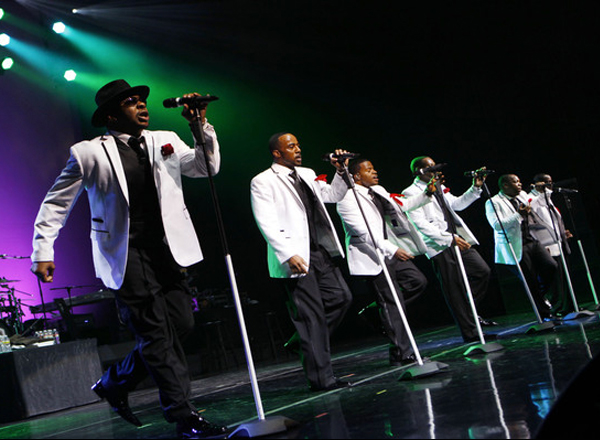 Ricky Bell, Michael Bivins, Bobby Brown, Ronnie DeVoe, and Ralph Tresvant, and later on Johnny Gill, collectively known as NEW EDITION were touted as the ‘updated’ version of The Jackson 4. They are generally considered one of the world’s first legit boy-bands. They started it all. The bubblegum pop sound with touches of R&B, soul, hip hop, and new jack swing had the whole generation singing to ”Is This the End", "Popcorn Love”, “Candy Girl”, "Cool It Now", "Mr. Telephone Man", "Lost In Love" and "My Secret (Didja Gitit Yet)". The group went on a hiatus in 1990, with individual members pursuing equally successful solo careers. They regrouped and embarked on a tour in 1996 to promote their sixth studio album Home Again. In 2011, they embarked on a tour that celebrated the 30th anniversary celebration of the release of “Candy Girl”.

Kenneth Brian Edmonds is better known as ‘Babyface’. He is a prolific singer-songwriter and record producer who has written and produced over 26 number one chart toppers and has collected 11 Grammy Awards. He seems to have the midas touch — a great body of his compositions and album productions turn to gold and even become multi-platinum sellers. Though he works under the radar, so to speak, most of the time, Edmonds has his own set of hits which include: “It’s No Crime”, “Whip Appeal”, and “When Can I see You Again”.