If you love shock rock, you’re in for a treat. Two of the genre’s greatest are teaming up for the Twins Of Evil tour – that’s right, it’s Rob Zombie and Marilyn Manson, on their way to the Concord Pavilion on Tuesday 28th August 2018!!! Get ready for a visual as well as musical spectacle – grab your tickets NOW while they last!! 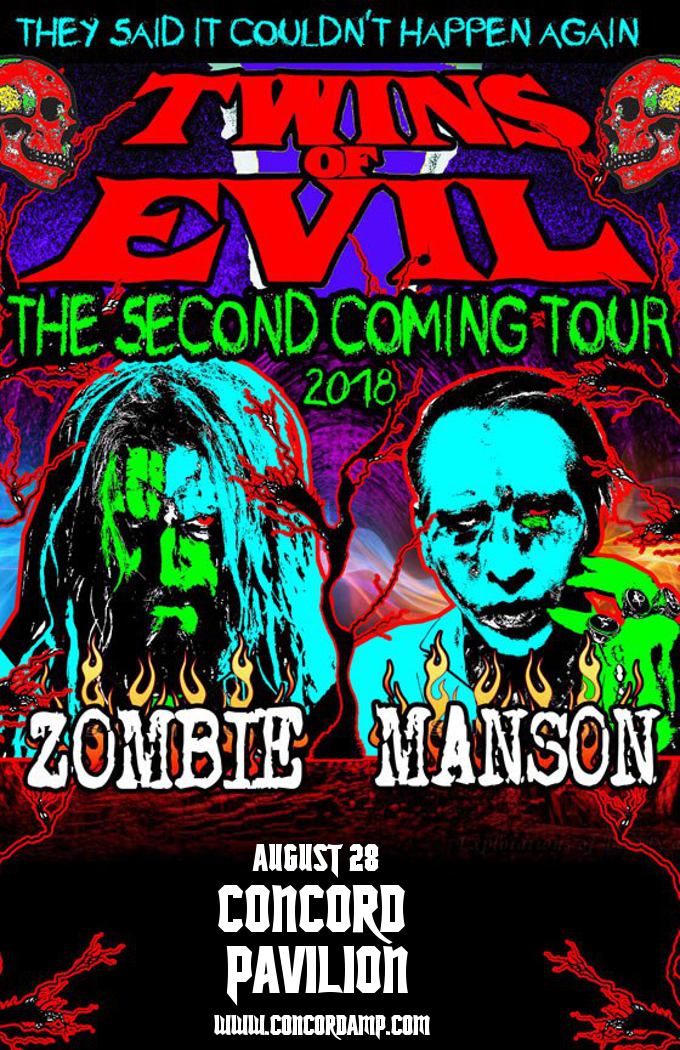 Rob Zombie has promised that work has begun on a brand new album, due out later this year. Marilyn Manson, on the other hand, is continuing to tour with “Heaven Upside Down,” which has drawn comparisons to his earlier works. “The new songs had a strange immediacy to them that surprised me, and it made me think of things exactly like I thought about Antichrist Superstar,” Marilyn Manson agreed. “I wasn't trying to make an album that was reminiscent of Antichrist Superstar or Mechanical Animals. I was trying to have the same attitude that I did then. I think the band has come into a very strong place. They feel the same force, I think, that I felt during the era of Antichrist Superstar.”

Get ready to experience that force live – have you got your tickets yet??