Rocking their way around North America, Styx and Joan Jett and The Blackhearts are touring buddies this summer, and they're headed to Concord Pavilion on Friday 1st June 2018 for an explosive night of wild tunes that will take you back in time! The leather-clad hit-makers will be performing two full sets of their classic rock hits and will be joined in support by the brilliant Tesla! 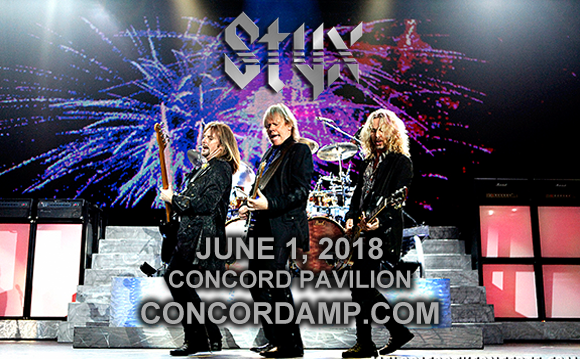 Joan Jett and the Blackhearts are an American rock band, formed in 1979 by rock singer, songwriter, composer, musician, record producer and actress Joan Jett. Often nicknamed the Queen of Rock or the Godmother of Punk, Jett formed the Blackhearts after her previous band The Runaways disbanded. Joan Jett and the Blackhearts have had a number of popular hits over the years, including Billboard Hot 100 number-one single "I Love Rock 'n Roll", which was at the top spot for six weeks, as well as "Bad Reputation", "Crimson and Clover", "Do You Wanna Touch Me (Oh Yeah)", "Light of Day", "I Hate Myself for Loving You" and "Dirty Deeds". Unvarnished, the band's most recent album, was released in 2013.