Get ready to reminisce as worldwide '90s superstars TLC head to Concord Pavilion on Sunday 10th October 2021 on their 'Celebration of CrazySexyCool' National Tour! The record that brought the huge hits "Creep", "Red Light Special", "Waterfalls", and "Diggin' on You", CrazySexyCool was the group's debut, launching them to astronomical fame! They'll also be performing many of their other hits and will be joined in support by fellow '90s icons Bone Thugs-N-Harmony for a night of nostaligia that'll have you singing along all night! 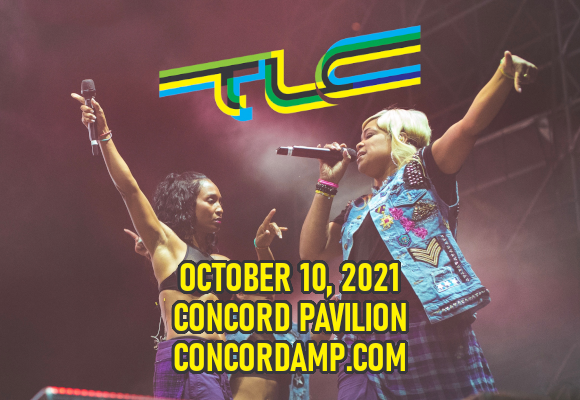 TLC is the best-selling American girl group of all time. Formed by Tionne "T-Boz" Watkins and Lisa "Left Eye" Lopes in 1990, with  Rozonda "Chilli" Thomas joining the following year, the group began in Atlanta, Georgia and released its debut album Ooooooohhh… On the TLC Tip in 1992. Over the years, TLC had nine top-ten hits on the Billboard Hot 100 (including four number-one singles "Creep", "Waterfalls", "No Scrubs", and "Unpretty") and four multi-platinum albums, including CrazySexyCool (1994), which was certified diamond by the RIAA. They have received a number of awards and accolades throughout their career, including four career Grammy Awards, five MTV Video Music Awards, and five Soul Train Music Awards, as well as the honours of Outstanding Contribution to Music at the 17th MOBO Awards and Legend Award at the 2013 MTV Video Music Awards Japan. Billboard ranked TLC as the seventh-most successful act of the 1990s and VH1 ranked them as both the greatest female group and 12th on the list of 100 Greatest Women in Music. Lisa "Left Eye" Lopes passed in 2002 and the two remaining members have since continued to perform and record as a duo.